Nathan Bell: Red, White and American Blues (It Couldn’t Happen Here) (Need to Know) This Chattanooga-based 61-year-old former AT&T middle exec and son of Iowa’s first poet laureate was as unknown to me as his dad until this instant keeper came in the mail. A bunch of albums boiled down to a 46 song Spotify playlist that includes such convincers as the Rust Belt “Stamping Metal,” the Fenway “Ballad of Bill ‘Spaceman’ Lee,” and the gay marriage hymn “Really Truly” will hold your attention. But from an “Angola Prison” sung by a sufferer who’ll leave that hell on his back to “Folding Money”’s “Jesus don’t like your folding money or the way you use his name,” this album is better still. Between a talky drawl less than pretty and more than articulate, an acoustic guitar worthy of an ace rhythm section, and the likes of Patty Griffin and Regina McCrary sweetening here and there, the music has so much bite that calling it Americana would be a flat-out lie. One of Griffin’s features is narrated by a .44 Magnum. Lightnin’ Hopkins never plays a note “without the money in his hand.” A whole gruesome bunch of “poor,” “sorry,” “crazy,” “dumb,” “busy,” “lazy,” “angry,” and “useless” “motherfuckers” are “high on meth and Jesus” and “running on the razor like it didn’t have an edge.” Inspirational Verse: “We are taking our lives one day at a time/With bullets and useless poetry/Soon we will be burning together in red, white, and blue/Burn, baby, burn.”
A

Recorded in 2019 in Capitola, California at Skunkworks Studios, delayed two years by the Pandemic, yet still relevant in every way, "Red, White and American Blues (it couldn't happen here) drops on CD and Digital from Needtoknow Music on September 11th, 2021.

In 13 original songs, featuring guest appearances by Patty Griffin, Regina McCrary, and Aubrie Sellers, the album takes the listener on a journey, from the Dead Thumb Blues of South Texas, through Swamp Music, American Roots Rock, and West Coast Spoken Jazz Poetry to the Folk stages of London.

Bell is the subject of a 2020 Documentary short film “I Don’t Do This For Love (American Songwriter Nathan Bell on tour in Scotland, Wales and England)” and was a best-of selection for Americana UK in 2016, 2017, and 2018 including Best Male Artist of 2017.

“This is the kind of artist that Nathan Bell is: The year Donald Trump was impeached as president of the United States, Nathan was writing songs that would make up Red, White and American Blues (it couldn’t happen here), the subtitle a direct reference to Sinclair Lewis’s 1935 novel imagining the possibility that the people of the United States of America could be mindlessly led to fascism. [2] Like Lewis’s novel, this album could be the most important piece of literature of our particular moment in time. You may call that last sentence hyperbole, but I just call it honest. Red, White and American Blues is not a protest album, although it has protest songs. It’s not a Black Lives Matter album, but in these songs, Black lives matter. It’s an American album. It’s a set of songs about a broken country and its broken people.

Mark Kemp, Author of “Dixie Lullaby: A Story of Music, Race and New Beginnings in a New South”

With a keen eye and ear for the lives of working people, struggling people and forgotten people, Bell has honed his decades of commitment to blues, folk, jazz, poetry and justice into a sound and spirit all his own.

The son of famed Iowa poet Marvin Bell, Nathan grew up attuned to the power of plain, spare language to evoke places and narratives that stir both the heart and the brain. He moved to Boston in the 1980s and refined both his writing and his guitar playing while paying his dues driving a fish truck and working long hours in a hotel restaurant receiving room.

Bell returned to Iowa as part of the folk duo Bell and Shore, and garnered national attention for his vigorous, literate and often funny songwriting, as well as his virtuoso arranging and guitar playing. After recording two critically acclaimed albums, Bell moved to Nashville where he worked with producer Richard Bennett (Steve Earle, Emmylou Harris, Marty Stuart) and tried his hand at writing in the Twang Town music machine.

As marriage and children arrived, Bell put down the guitar and joined the corporate world, returning after a 15-year hiatus with the expanded perspective that comes with age and responsibility. Weathering the pain of layoffs, the unmooring of the Great Recession, and the frustration of an increasingly deranged American political landscape, Bell’s new songs reflected his newfound insights into love, greed, abandonment and injustice.

His self-recorded “Family Man” quartet of CDs, as well as his enthralling live shows, earned Bell a loyal and growing following among devotees of the well-written song, expertly presented, in the U.S., Europe and the U.K.

“I Don’t Do This For Love, I Do This For Love, Nathan Bell on Tour,” a film by award winning director John Dower, filmed in Scotland, England, and Wales, is currently playing at independent film festivals all over the world.


Read Holly Gleason's piece about Nathan in the Bitter Southerner 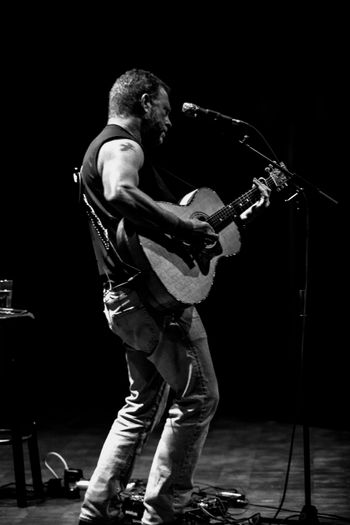 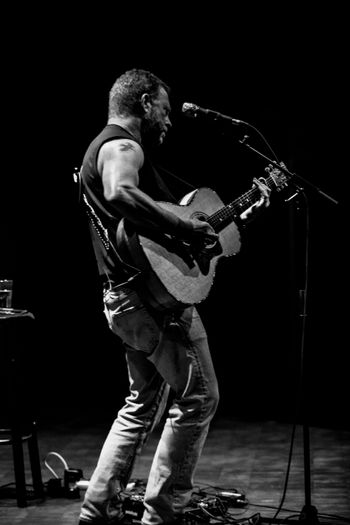 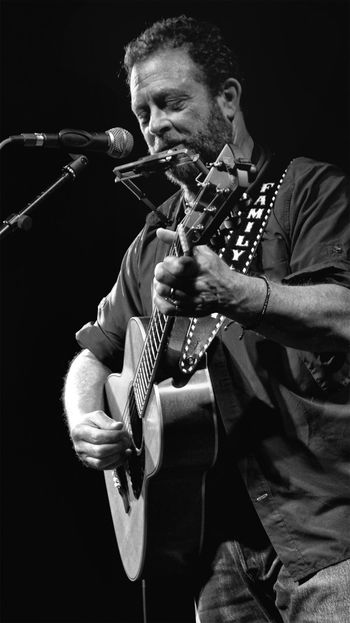 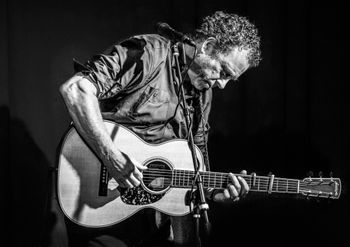 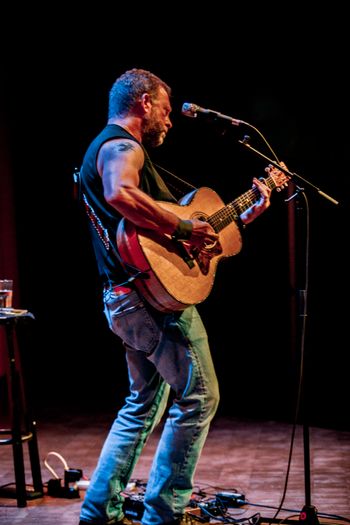